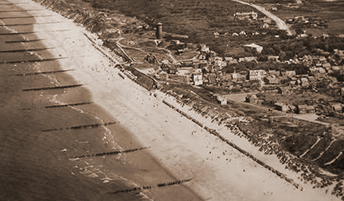 Domburg is the oldest seaside resort of Zeeland, picturesque and quiet, but also a renowned health resort for elite and artists. In 1984 Domburg existed as a seaside resort for 150 years. History tells us that long before 1834 the area of Domburg was perceived as very attractive. 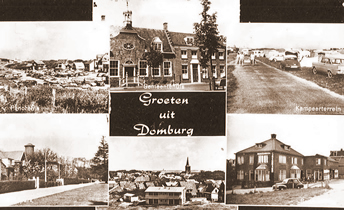 But the history of Domburg goes back even further. In 1223 it had already gained city rights. From the 15th to the mid 16th century the inhabitants lived off the herring fishery, agriculture, livestock and hunting. The first tourists, mainly day-trippers from Middelburg, appeared as early as the 17th century. In 1834 tourism really started to boom, even though in 1860 Domburg was too small to receive all its visitors. Often all the available accommodations were completely booked before the summer season even started. The first beach pavilion arose in 1837. 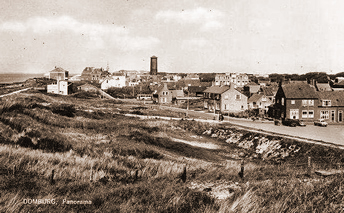 In the middle of 't Groentje' is the bronze bust of Johann George Mezger, which was unveiled by 'his grateful patients and admirers' in September 1910. The fame of Domburg as a seaside resort is also certainly thanks to him. This doctor applied physiotherapy for the first time in the late 1800's. The reputation that he had within royal and noble circles in Europe proves that he was good at his job. Partly thanks to his efforts for price William, son of William III, who was cured of his illness. Dr. Mezger built the Irma Villa in Domburg, where he received many of his royals and nobles. The guests themselves mainly stayed in the Badhotel, the Schuttershof or in Hotel de l'Europe. 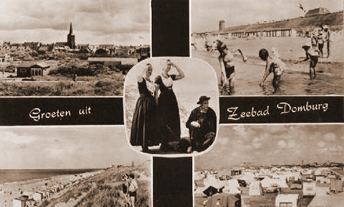 In Domburg there is a hotel, a street, a statue and the dune named Nehalennia. They are named after a local goddess from Roman times.
In this time traders promised to bring an offering to the goddess of Zeeland after a safe return from world travels. At the temple of Domburg they left a stone memorial to thank the goddess that had helped them. 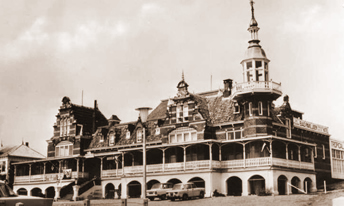 At the end of the third century A.D. the sea level rose and Zeeland came under water. The area became uninhabitable and the Nehalennia Temple sank (literally) into oblivion. It came up again on January 5, 1647. Then various memorial stones appeared again from under the dune sands near Domburg, en Nehalennia was rediscovered.

Both the First and the Second World War interrupted the blooming periods of Domburg as a seaside resort. After World War II Domburg was not much more than an area of rubble and heavily damaged buildings, flooded by the salty water. The reconstruction was quickly picked up however, so that 3271 bathers could be welcomed again in 1948 . Obviously the Germans were out of the picture back then. But not for long, from the 1950's it's mainly German tourists who visited Domburg.

A 1867 report by the Department of Zeeland of the Netherlands. Society for the Promotion of Medicine, titled 'Something about Domburg and its resort', paints a clear picture of the situation: '... the newly created sea side resort of Domburg, may be because of its natural setting, state of the beach, quality of water and on the other hand, under the best and as far as nursing is concerned, ranked as recommended.'

Actually nothing really has changed about that these days, albeit its infrastructure has been adjusted and the accommodations have improved, it's still rustic. Quiet is maybe too big of a word, but Domburg is still a seaside resort with character, perhaps 'allure' is the better word?

Tourism is now the most important source of income of Domburg. It belongs to the most visited seaside resorts in the Netherlands. Entire streets of this small resort are rented out annually to the oncoming visitors who like to spend their holidays here. Even the farmers profit from it in the form of mini-campings, the so-called camping on the farm. Bicycle rentals, beach pavilions, hotels, guest houses, vacation bungalows, terraces, shops, it's all there in Domburg.